Rosanne’s Reasons Why Writing is Easier than Parenting

I’ve noticed several correlations between writing and parenting since I started doing both simultaneously about 12 years ago. In fact, there are several correlations between writing and life as well. This comes to mind as I contemplate my second guest blog entry for Dawn because I’m faced with the toughest of all those correlations – choice. I can write about whatever I want, but I only have this one space and time to present that piece of writing, therefore how do I choose which story, which topic to tell before I go? That’s exactly the conflict created in parenting. I don’t like football so when my son asks to play on this year’s team do I choose to say ‘No’ simply because that’s my choice for his life and as his parent I get to make that choice? Or do I choose to say ‘Yes’ precisely because it is his life and therefore his choice? Whichever choice I make will have a definite effect on the story of his life. He’s either a jock or a geek, potentially a buff dude or a slightly pudgy brainiac, possibly a popular-with-the-girls guy who gets his girlfriend pregnant or a mama’s boy. Talk about too many choices!

With characters on paper the only real consequence to a writer’s choice is how marketable the characters with those chosen personalities will be to producers and potential audiences. With my son, the consequence is his life, his happiness, his future. So what’s a mother to do? 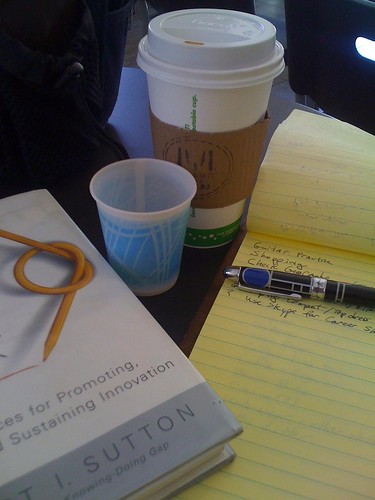 When I talk to folks who profess a desire to be writers, many times they’ll tell me the plethora of stories they intend to write, as soon as they can choose which one to do first. Consequently, those types of folks rarely write anything – why – because they can’t even make that first, critical choice. How would they ever make the myriad choices required to finish the script and then choose what types of studios to market the piece? Writing then is merely choosing – parenting is choosing well with little chance for rewriting and/or re-choosing. See, here’s the deal. Last year, in 6th grade, all the boys but two were on the B Boys Football team. Guess who one of the two was? Yep, cause I have had a definite dislike of most sports, but mostly football (and it’s not just based on being turned down for the Sadie Hawkins Dance by a guy on the football team – Augie Markuzic was his name, see how choosing to ask him effects me 30 years later?).

So I steered my son to baseball – the gentleman’s sport (or at least it used to be). I even heard baseball described by one of the coaches as ‘the chess of organized sports’. You want me to choose your sport for my son, compare it to chess — or anything else I imagine they play in the hallowed halls of Harvard. Heck, I even chose to let him have a go at hockey for a couple of seasons because that’s the sport Ryan O’Neal played when he played Harvard student Oliver Barrett IV in Love Story all those rerun years ago. But football? Please. Interestingly enough, though I’ve chosen geeky pursuits for my son (chess club, robot club, Lego First League) and he has enjoyed them, he hasn’t become the class geek. Some part of him inherently has jock inside and that part of him keeps wanting to join the other jocks on that football field. Funny thing is, I like the dad who volunteers to coach and I like the idea of daily exercise and practice and lots of the things that go with sports like discipline and strategy. But I don’t like the aggression, the possible injury, the potential for arrogance, …

In my generation we grew up with the ad line “Choosy Mothers Choose Jiff”. What keeps running through my mind right now is, do Choosy Mothers Choose Football? Or do they hold their ground and say, “We’re just not a football family.” That’s a fair choice. I read where astronaut Shannon Lucid took each of her three kids up in an airplane within a week of their births because they were a flying family and she wanted to let her kids know, “You joined our family, we didn’t join your family.” I’m good with that. Then again, parenting forces me to face the (very frightening fact) that at some point I stop being the one who makes the choices in the story of his life. Is this the time?

If dying is easy and comedy is hard, parenting is (sometimes) impossible!