Here’s the fun of research – and poetic license.

I’m working on my novel on the life of Giuseppe Garibaldi (the General who united Italy in 1860) for The Mentoris Project and I discovered that Giuseppe Verdi was a supporter of the Risorgimento (Resurgence), the movement to unite Italy.  Moreover, in his 1842 opera, Nabucco (which follows the plight of the Jews as they are conquered and exiled by the Babylonian King Nebuchadnezzar II (Nabucco in Italian) he wrote a song — Va Pensiero (to think/to recall) — which was popular among the men of the movement in the 1840s through 1860. 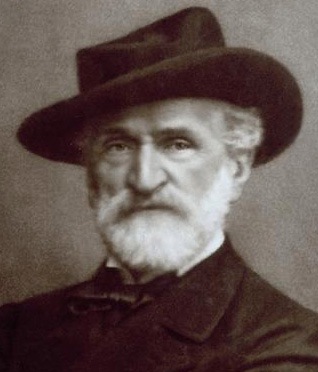 Poetic license comes in when I see it wasn’t performed in South America (where Garibaldi could have access to it) until a year after he’d left that country.  So, I created a scene where he hears it from a newly arrived Italian sailor on the local docks and then Garibaldi goes home to sing it as a lullaby with his wife, Anita, and their son.

Of course, I had to hear the song myself (being more a Dean Martin fan than an opera fan I had not seen Nabucco) so, naturally, I turned to YouTube where I found this beautiful rendition of it with Pavorotti singing in Italian and Italian singer Zucchero Fornaciari, known mostly as Zucchero (but brand new to me!).

All in all a delightful discovery.

* A portion of each sale from Amazon.com directly supports our blogs