An on-going series highlighting the women screenwriters of early Hollywood.

When I was first asked to create a history course for a new MFA focused on the mission of bringing more female voices and female-centric stories to Hollywood, I knew we had to start at the very beginning, when women ran Hollywood. No other course I had ever taken or been asked to teach focused on these women, some of whom I had been reading about since the summers of my childhood in Cleveland, Ohio. Back then, I went to the library once a week to collect a stack of memoirs by women I had seen interviewed on The Merv Griffin Show, women like Anita Loos and Adela Rogers St. Johns. Their stories introduced me to moguls like Louis B. Mayer or Jack Warner, who make up most of the history courses I later found in academia. Knowing better, I found most of those courses, and their accompanying textbooks, glossed over these women with a paragraph if they mentioned them at all. I conceived a course that would begin with these women who began Hollywood and culminate in research by each graduate student into the life and career of one particular early female screenwriter. That is what you find here. A collection of herstories about how these women lived, loved and created the stories that gave their audiences reasons to live and love in their own lives. — Dr. Rosanne Welch, Editor. When Women Wrote Hollywood 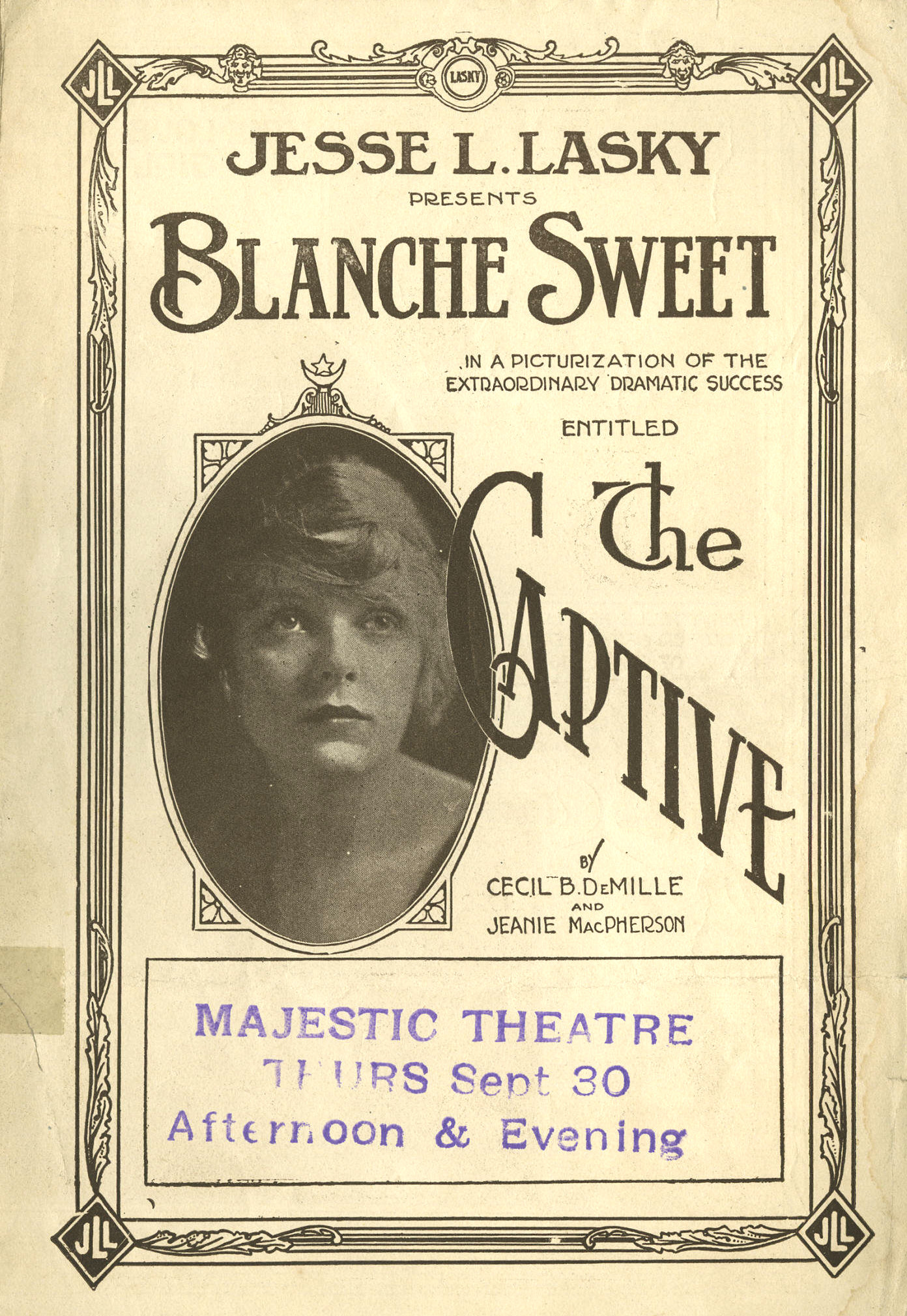 The Captive is an American silent-era film released on April 22, 1915. It was released on five reels.[2] The film was written, directed, edited, and produced by Cecil B. DeMille. Jesse L. Lasky was another producer and Jeanie MacPherson worked with DeMille to write the screenplay. The film is based on a play written by Cecil B. DeMille and Jeanie MacPherson. The Captive grossed just over $56,000.[3] On a budget of only $12,154.[4] Blanche Sweet stars as Sonia Martinovich, alongside House Peters who stars as Mahmud Hassan. The film details the romantic war-era plight of Montenegrin protagonist, Sonia Martinovich, and her Turkish lover, Mahmud Hassan. — Wikipedia