The Stephens College MFA in TV and Screenwriting is one of many sponsors of the LaFemme Film Festival which supports and nurtures the artistic entertainment productions of women. Their President and Director, Leslie LaPage, hosts the Best in Fest podcast and recently invited me on to talk about the 10 Things Hollywood Writers Must Know.

Dr. Rosanne Welch is a writer and university professor of Humanities in the (IGE) Department at California State Polytechnic University, Pomona; and screenwriting for two MFA in Screenwriting programs (Cal State, Fullerton and Stephens College). Her current books include Why The Monkees Matter: Teenagers, Television and American Pop Culture (McFarland Publishing, 2017) and Women in American History: A Social, Political, and Cultural Encyclopedia and Document Collection (ABC-CLIO, 2017), which she co-edited with her CalPoly Pomona colleague and officemate, Dr. Peg Lamphier.

In her previous life, Welch was a television writer/producer with credits that include Beverly Hills 90210, Picket Fences and Touched by an Angel and ABC NEWS/Nightline. Welch serves as Book Reviews editor for Journal of Screenwriting and on the Editorial Advisory Board for Written By magazine, the magazine of the Writers Guild.

In this episode, Leslie and Rosanne discuss 10 things Hollywood writers must know. For example, how to write what you emotionally know, how to work in a writer’s room, the do’s and don’ts of pitching, when to use a pitch deck and when it’s a horrible idea and much more.

The Stephens College MFA in TV and Screenwriting is hosting a booth at the True/False Film Fest taking place in Stephens Lake Park, Columbia, Missouri this May 7-9th.

Come out to meet us and find out how to Write – Reach – Represent the stories that need to be told.

Each year, as a sponsor of the Athena Film Festival, the Stephens College MFA in TV and Screenwriting hosts a Master Class interview with a major television showrunner.

For this year’s virtual festival, I had the privilege of interviewing Gloria Calderon Kellett, co-creator and executive producer of the beloved reboot of One Day at a Time.

In our interview, Kellett shared how much she learned about running a show from her earliest days as a writer’s assistant, how earning an MFA was an investment in her future, and how much joy she’s had in using the power of her position to Write, Reach and Represent.

Gloria Calderón Kellett is a Showrunner, writer, director, and actor best known for the critically acclaimed reboot ONE DAY AT A TIME. She is currently on a deal at Amazon Studios where she is developing new shows and movies.

Sponsored by Stephens College MFA Program on TV and Screenwriting

As one of the sponsors of the Reel Sisters of the Diaspora Film Festival the Stephens College MFA in TV and Screenwriting was pleased to host a live panel at their 2020 virtual film festival discussing the 10 minute short Joe and the Shawl.

Described as the story of “an adorable tow truck driver who really digs Kelli, a fellow North Carolinian, when he meets her as he changes her dead car battery. But Joe’s interest takes a sharp right turn when he learns that Kelli is a Muslim” the film raised questions of identity, representation and religious freedom.

For the panel, Executive Director Rosanne Welch and mentor/instructor Dawn Comer Jefferson provided a breakdown of the script followed by moderating questions from the audience. Guests included Nicole Ballivian (writer-director), Deonna Kelli Sayed, from whose blog post the script was adapted, and actors Jill Galbraith and Travis Lincoln Cox. — Rosanne

As the Stephens College MFA in TV and Screenwriting is one of the sponsors of the Reel Sisters of the Diaspora Film Festival I’ll be hosting (along with MFA mentor Dawn Comer Jefferson) a free script breakdown and Q & A with Nicole Ballivian (writer-director) for her 10 minute short Joe and the Shawl described as the story of “an adorable tow truck driver who really digs Kelli, a fellow North Carolinian, when he meets her as he changes her dead car battery. But Joe’s interest takes a sharp right turn when he learns that Kelli is a Muslim.” 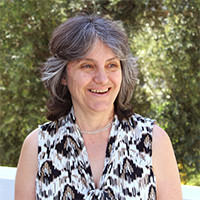 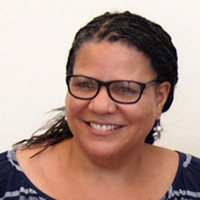 If you’d like to virtually attend the event, register and join us

For more information on the Joe and the Shawl, check out the film’s website

Joe & The Shawl – Official Trailer from Nicole Ballivian on Vimeo.

Many thanks to the many great MFA mentors who are doing double duty as mentors to this year’s Athena TV Lab. You can find them on the last two lines of this (now familiar) Zoom grid (starting on the 3rd tier/4th spot): Dawn Comer Jefferson, Jon Vandergriff, Rashaan Dozier-Escalante (also alumna of the MFA Class of 2018), Amy Straus, and Laura Brennan. And there are 2 MFA alums here, too (Sydney Haven and Pam Winfrey).

The Athena Film Festival at Barnard College Virtual Writers Lab is for emerging women writers who have not had a feature-length narrative script produced within the past 10 years. Writers must submit a screenplay that includes a woman or women characters in a leadership role or position at the center of the story. Scripts must be feature-length narratives (between 80 and 120 pages).

The Athena Film Festival at Barnard College Virtual Writers Lab will also include industry events where participants will learn about how to navigate the industry as well as a keynote conversation from an established filmmaker. Past panels have included: The Fluidity of Writing, How Does Representation Work, and The Art of Pitching and past keynotes have come from Gina Prince-Bythewood and Kat Candler.

It was a pleasure to take part in announcing our Class of 2022 Jan Marino Scholarship winner at this year’s (online of course) SeriesFest.

Betsy Leighton, the founder of the scholarship, and I each recorded short videos to be played before one of the major panels of the festival.

I wanted to share the videos here so everyone can join me in welcoming Jen Bosworth-Ramirez to the Stephens College MFA in TV and Screenwriting.

The pilot she wrote and directed this year — Supplements — is in the Drama Series competition in SeriesFest, which starts online this Thursday.

Don’t forget to vote for Sarah and her team for Audience Award!

The Stephens College MFA in TV and Screenwriting is proud to help sponsor the 10th Annual Athena Film Festival, celebrating films that tell the extraordinary stories of fierce and fearless women leaders.

As part of our sponsorship, we hosted this MasterClass on television writing with one of our valued mentors – Valerie Woods, most recently co-executive producer of Queen Sugar, interviewed at the festival by our writer-in-residence, Ken Lazebnik.

Learn more about television writing and storytelling with a female focus in our low residency MFA program  — rolling applications means there is still time for you to join our Fall 2020 cohort and learn from working writers like Valerie.

Visit the Stephens College MFA in TV and Screenwriting for more information.

One of the best parts of my gig as Executive Director of the Stephens College MFA in TV and Screenwriting is sending very good friends like Valerie Woods (@vcwoods24) to very good festivals like the 10th Annual Athena Film Festival!

Liza Donnelly is live-drawing and tweeting the Athena Film Festival

Questions about the Stephens College MFA in TV and Screenwriting?

Leave a comment here or email me, Executive Director, Dr. Rosanne Welch and I’ll be happy to answer your questions.